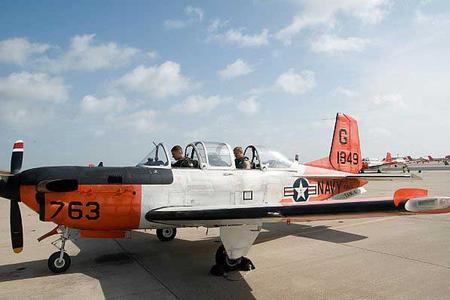 OASM is one of the 3 best landmarks in Eugene!

The T-34A was used by the USAF for primary flight training during the 1950s. The original Mentor, a Beechcraft model 45 derived from the famous Beechcraft Bonanza, was first flown in December 1948. The first military proto-type, designated YT-34 by the USAF, made its initial flight in May 1950. After extensive testing, the USAF ordered the Mentor into production as the T-34A in early 1953. The first production T-34A was delivered to Edwards AFB in October 1953 for evaluation, and deliveries to the AIr Training Command began in 1954.